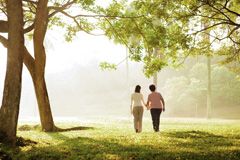 Dementia: Is Gluten the Culprit?

Research citations are drawing a link between risk for dementia and blood sugar levels and are appearing in our most well-respected journals. For example, a study published in Neurology in 2005 pointed a finger squarely at the most powerful metric, glycated hemoglobin. Even back then, it was becoming clearer that there was something going on with blood sugar correlating with rate of brain atrophy, specifically hippocampal atrophy, and cognitive decline.

The Diagnostic and Statistical Manual of Mental Disorders, published and periodically updated by the American Psychiatric Association, is one of those documents few laypeople ever read, but many of us are affected by.

It can make it easier or harder to get an insurance company or Medicare to cover treatments, for example. It factors into a variety of legal and governmental decisions.

About 10 to 15 percent of adults age 65 and older are believed to have mild cognitive impairment — a condition commonly characterized by memory problems, well beyond those associated with normal aging.

Alarmingly, mild cognitive impairment, or M.C.I., can signal serious problems ahead: About half of people with this condition go on to a diagnosis of Alzheimer’s disease or another dementia within five years.